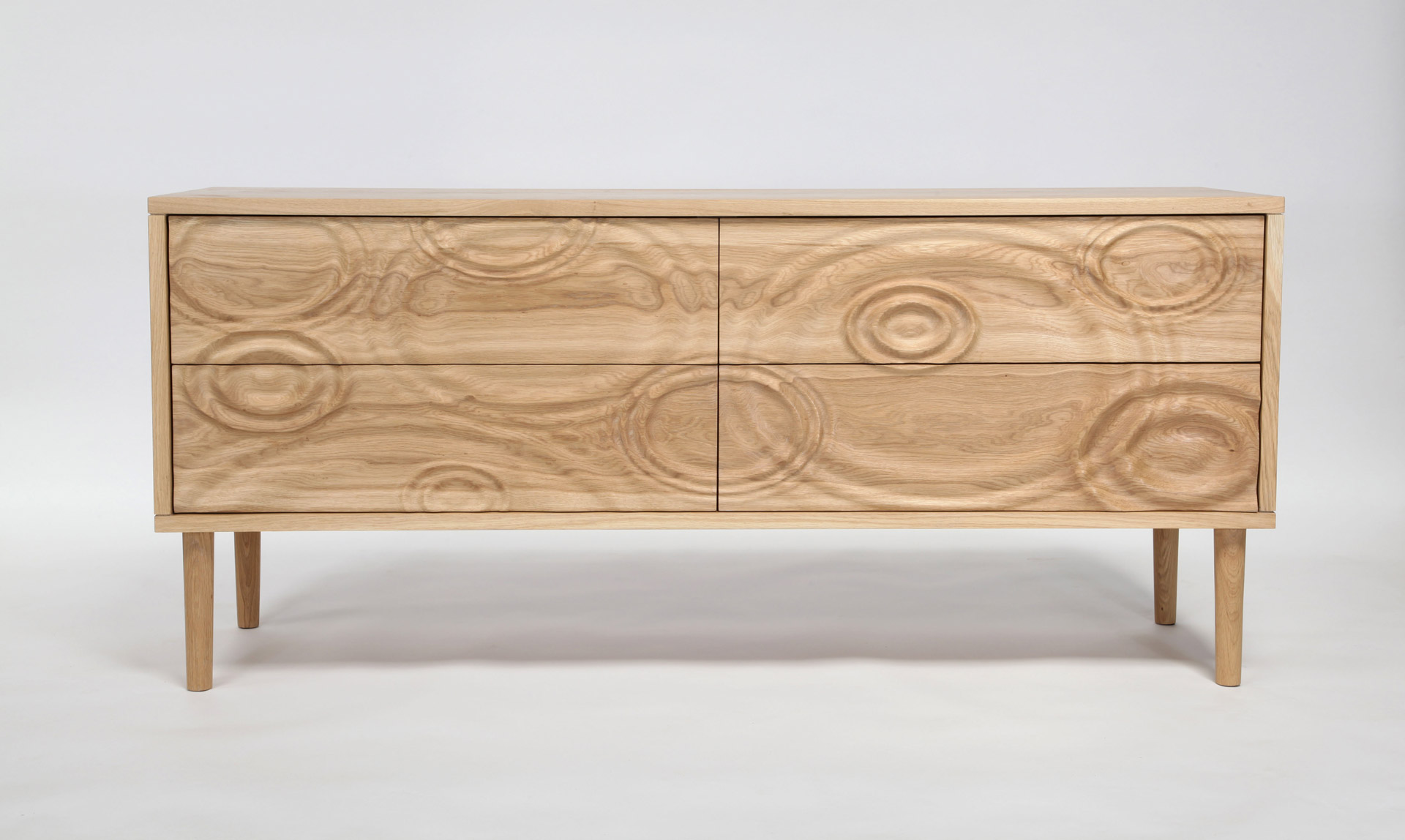 Inspired by the colour, texture and shapes of our beaches and shores. Each piece has a natural, timeless feel. 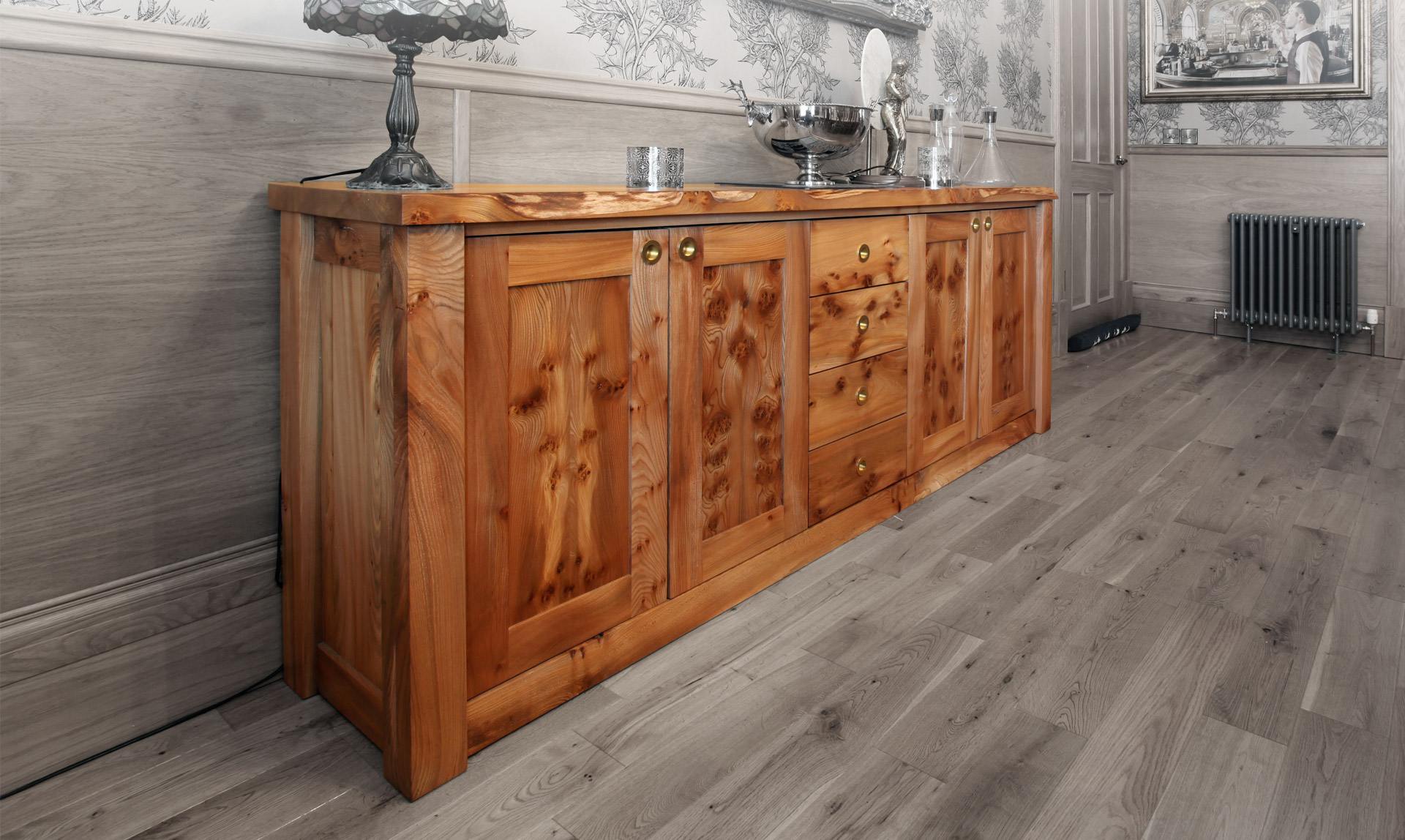 Dramatic mountain peaks and the rich changing colours of the Isle of Arran provide the inspiration for this range of furniture. 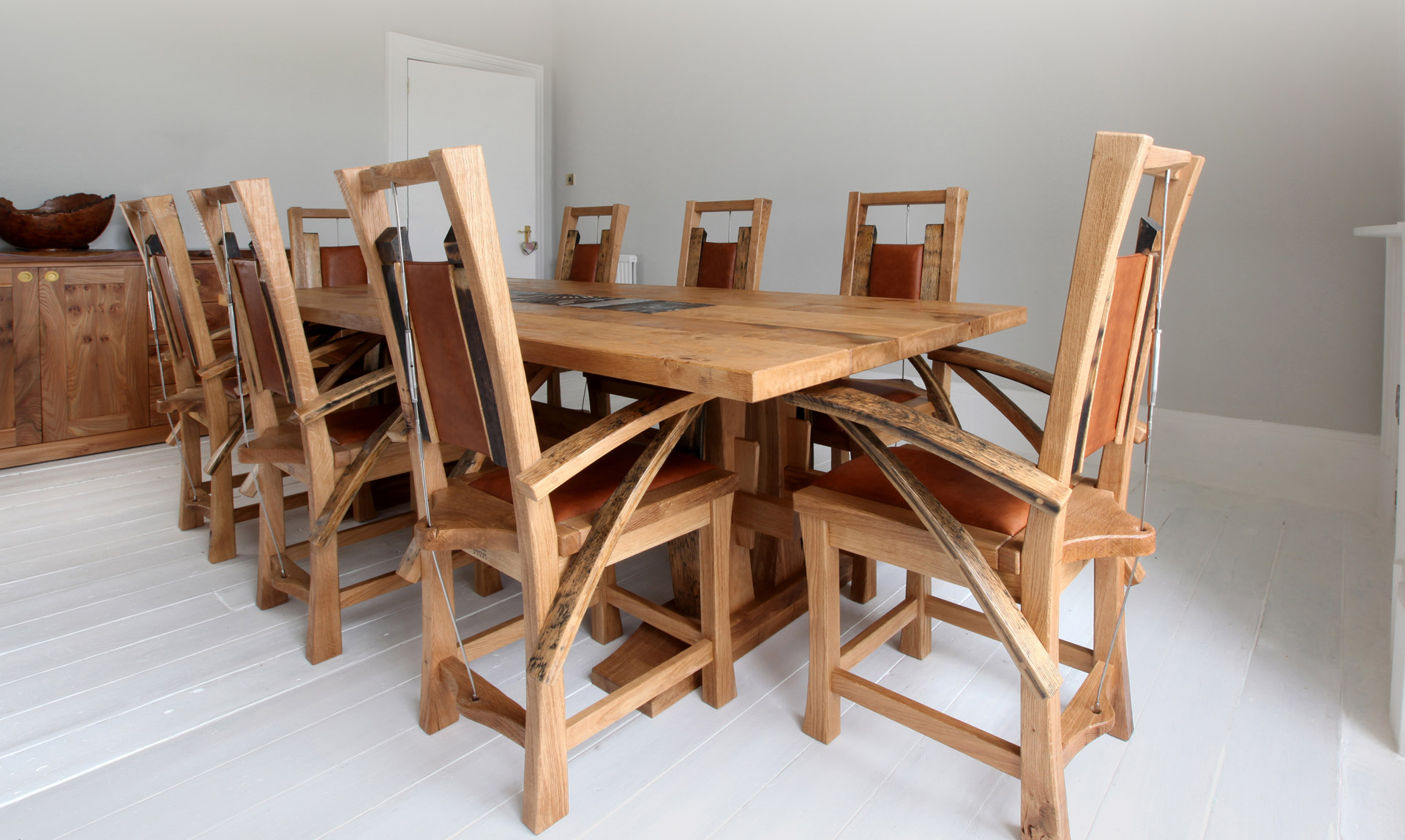 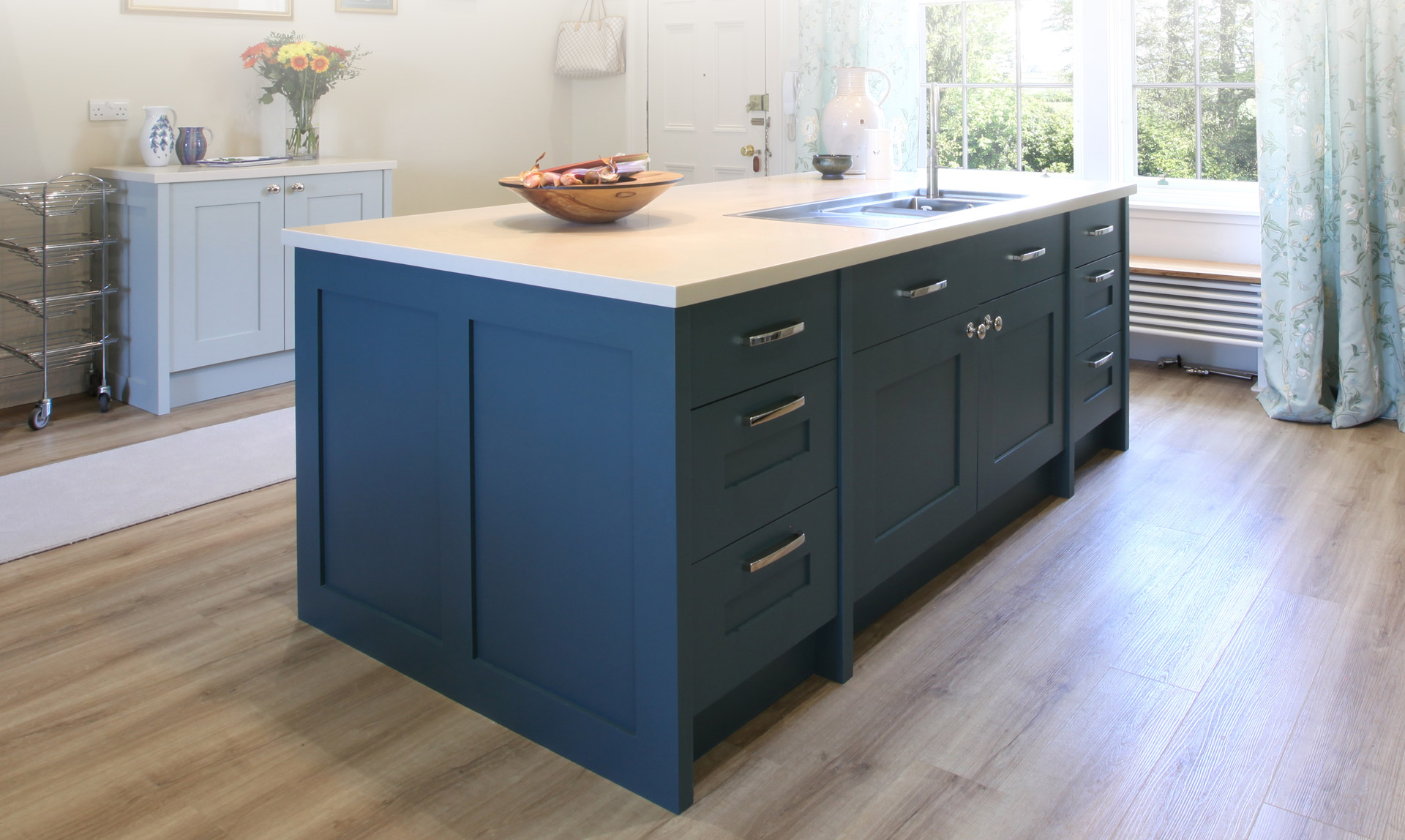 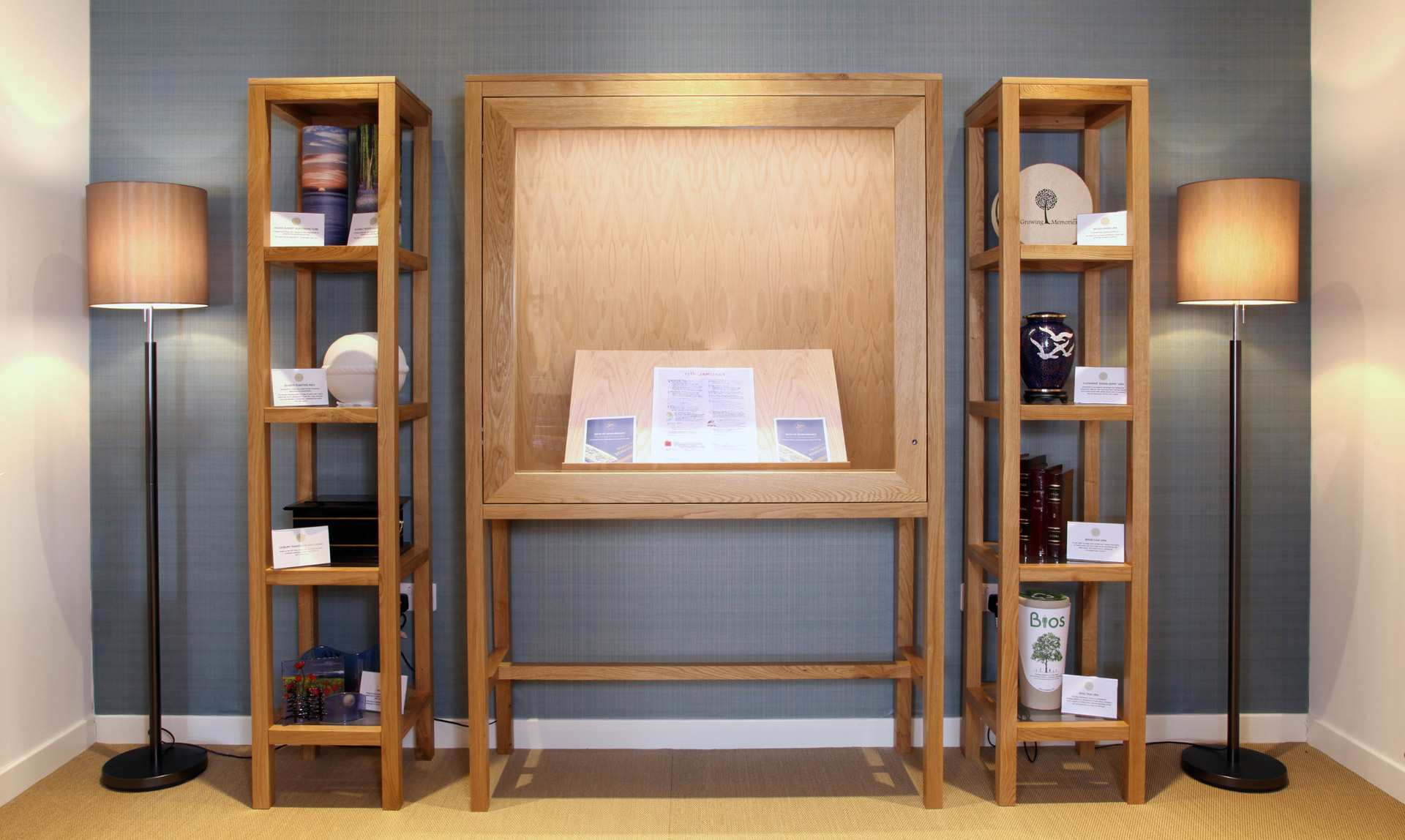 We undertake wide and varied furniture commissions for both domestic customers and businesses.

This table was used in big international promotion for The Balvenie as part it’s Warehouse 24 promotions. They ran a competition and the 3 winners (one from Europe, one from Asia and one from South America) each got to select a prize. We produced the three prizes, one was a cabinet, the second a chair and the third…this very special tasting table.

It’s designed as a whisky tasting table for connoisseurs of the ‘water of life’ to gather round, sip drams and discuss the ins and outs of the various whiskies. Which sounds a very civilised way to pass the evening if you ask me.

The top of the table incorporates staves from used whisky casks, they are set and fixed in position using the same special flexible waterproof caulking adhesive that gets used on the decks of yachts. Which is exactly where the idea came from, we’ve laid teak decks on yachts before and Kenny liked the idea of doing the same thing with the whisky cask staves, so that inspired the design. The sections in between the staves on the table top use other external parts of the cask wood.

As you can see from the shots below, the table has refectory style legs, and again the casks themselves are incorporated into the structure of the table. 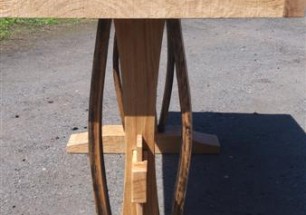 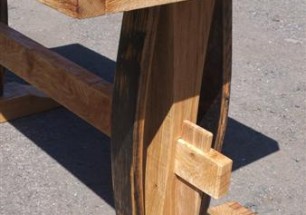